Peter Winkler introduced the Content Strategy master's programme students in his lectures to the four approaches of strategic communication for a new upcoming world due to changing communication faced by Internet and Social Media. Find out about the four main approaches in this lecture report.

The potential of social media has been discussed by communication scholars and practitioners more than any other technological innovation in recent decades. These discussions are particularly interesting for strategic communication and the associated developments in content strategy.

The term social media refers to information and communication technologies such as well-known online social networks, video platforms like Youtube or Wikis in general, which enable their users to create and share content, interact with each other and organise themselves. (Kaplan and Haenlein 2010)

In the lectures, Peter Winkler gives equally deep insights into the established theories as well as practical implementations. In recent years, social media supported existing job profiles in organisations and created new ones. Initially, these roles served the goal of engaging consumers online. Today, they are increasingly integrated into strategic, organisational considerations.

Classic public relations generally view social media as a means for interaction and engagement. Digital marketing goes one step further and establishes user-centric content strategies for commercial purposes. The impact of social media on these disciplines is often referred to as a paradigm shift and seen as both an opportunity and threat to organisations.

Challenges arise due to the speed and loss of control over interaction and content creation. Using prominent examples, we discuss the threats to organisations and their reputations in the lecture. An often-cited case is Nestlé's landmark social media crisis in 2010, when social media was used by civil society actors to denounce the company's use of palm oil in Nestlé products. (e. g. Etter and Vestergaard 2015; Coombs and Holladay 2012)

The main four approaches to achieve your strategic goals 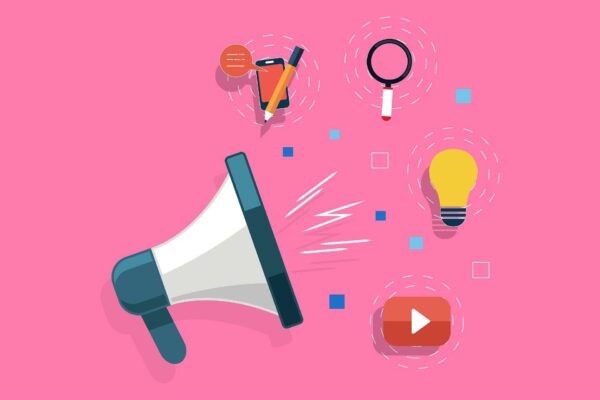 How to communicate with scientific approaches

In addition to communication sciences, content strategists also quickly agreed that social media is a phenomenon to be taken seriously and that it entails valuable research approaches, which also opened the grounds for debate. The foundation for the debate is formed by four approaches, which we will look at in more detail below. Specifically, we focus on the

Dialog-centric may be old but is still gold

Dialogue-centred approaches have existed for decades and still dominate areas of public relations. The dialogue between an organisation and its users, both pursuing their interests, represents the ideal of public relations. This so-called two-way communication aims at the communication between the organisations and the public. This approach has also been applied to social media by scholars. (Kent and Taylor 2002; Grunig J. and Hunt 1984)

Empirical research, in which our presenter has been involved, has shown that organisations often do not fulfill the initial promises and expectations in terms of the dialogue and relationship building they wanted. The possible reasons are

These challenges imply a cautious approach to social media. A change in strategic communication is on the horizon. In particular, the power shift in public relations that comes with social media is being taken into account in newer models to strike a balance between openness and flexibility. (Macnamara and Zerfaß 2012; Linke and Zerfaß 2013; Pleil 2015)

The focus lies on language, the possibilities of technology as well as networking. But only a crisis shows you how strong your relationship really is!

How a crisis can center your problem

Users get increasingly familiar with social media technologies. Companies are therefore on the alert and show great interest in possible solutions when it comes to digital crises. The crisis- and problem-centred approaches have two characteristics

Together with Peter Winkler, we address the question of how organisations can use these new technologies in crisis situations and also use them to cope with communication crises.

Speed and interactivity as well as immediate access to the public are great advantages in crisis communication - and social media brings all of them. Emerging problems can be recognised in time with the help of early indicators. The priority is to reduce negative impacts and create mutual understanding.

Nevertheless, the approach is rarely used in practice as organisations are confronted with new challenges. Concerns circulated that users could potentially trigger a crisis if bilateral communications were posted on social media. The concern was not unfounded, as a few incidents generated a lot of viral attention - the well-known "shitstorm"!

Active users obviously play a major role in the crisis but also in the communication itself. Therefore, it is not only important to understand the power of crisis dynamics, but also the users. Two questions have to be answered: Who am I actually communicating with and why?

Digital marketing also looks for habits and expectations of users. This approach is based on the understanding of the field of content strategy, which sees the user perspective as the pivotal point for communication. All communication, therefore, focuses on planning, creating and offering useful content for users.

How the user-centric approach achieves its goals:

Two methods can be listed for data collection and analysis

Quantitative analysis uses large amounts of data from social media. In the meantime, there is a call from the scientific community for the second approach, to increasingly understand attention, perceptions and behaviour of users qualitatively. For example, buyer personas can be created, users can be assigned to certain types and clustered according to behaviour, which makes the planning of communication much easier and offers users content that is relevant to them.

Furthermore, the method of mental modelling, for example, visualises the different approaches and ideologies of users to a certain topic. The derived qualitative results greatly facilitate strategic planning and communication with the desired actors, as mental models reflect the constant picture of the users' attitudes, which change only very slowly.

The results are also linked to modern and agile project management methods such as Scrum, now widely used in many organisations for quick responses to user needs and feedback.

Peter Winkler explains that this approach requires a reorganisation in terms of interdisciplinary cooperation with many departments of organisations. This needs the attention of all participants, so the story has to be told in the right way.

The user-centred approach places the users and their behaviour at the centre and focuses on their needs. However, it is criticised for possible, technical and economic failures.

Data in the middle improves communication more than a little

Collecting data and analysing it is not only a strategic question, but also requires looking at ethical issues. Is it right to use the different types of user data? Can we use the data collected from social media and other online platforms without users knowing what they are actually revealing by interacting with our services?

The data-centric approach focuses on systematic data analysis both for optimised decision-making and for targeted distribution of content. The platforms around social media generate enormous amounts of data - Big Data. The advantages are obvious, but critical voices are increasingly coming from the scientific community: The question of the distribution of power and control arises. In particular, the following aspects are considered.

Communication is in transformation.

The possibilities for "controlling" opinions pose questions that allow many answers. Some experts state that the work as a content strategist is facilitated with the help of Big Data and also supports decisions. In general, Big Data in public relations is still in its infancy, since the responsible decision-makers still have little understanding of the technology. Increasingly, the use of artificial intelligence is being discussed, concerns are being raised around the shift of power, and calls for regulation are being heard from academics and practitioners.

In summary, the data-driven approach is producing two counter-trends. On the one hand, Big Data and the associated analysis are seen as an opportunity to gain power in communication. On the other hand, critics are calling for a debate on the regulation of the use of big data with regard to new dependencies and responsibilities.

Do you want to find out more about the mentioned points? You can read about them in more detail in our knowledge base.

Where to go from here